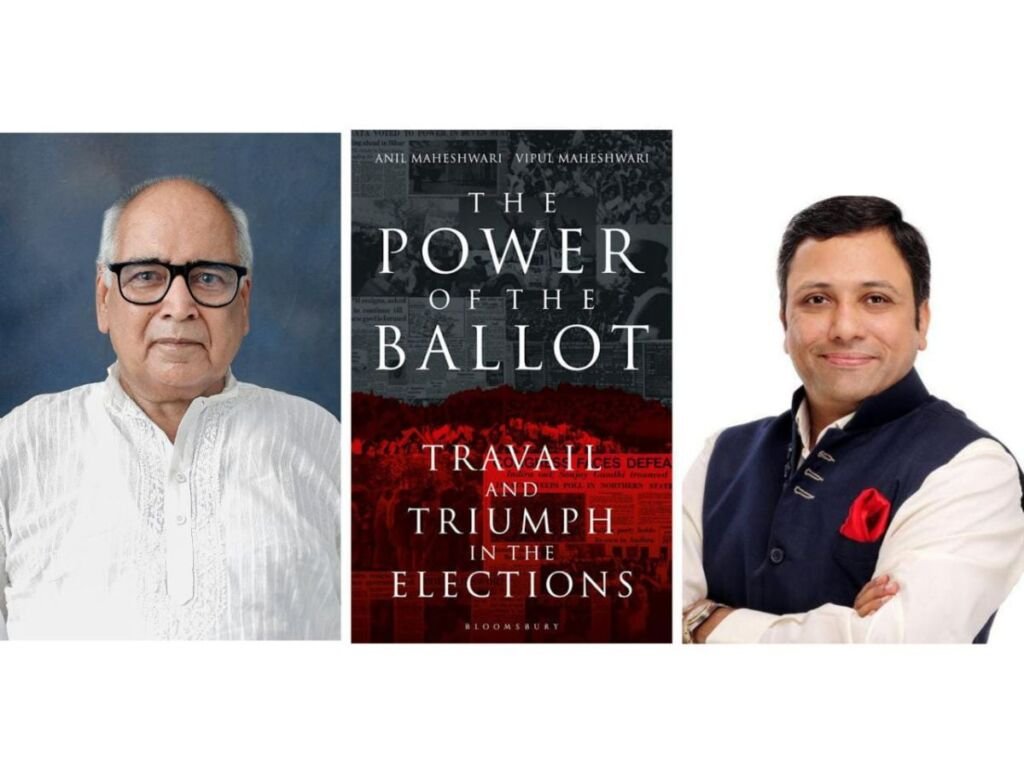 New Delhi (India), April 23: Indian elections are a spectacle to behold. Debates get a little louder. Little wonder, the dinner table turns into a chaotic shouting fest. As the country shifts into further extremes of the two sides of the spectrum, the voices have never been so shrill. Amid the chaos, a veteran journalist, Anil Maheshwari, and a senior Supreme Court lawyer Vipul Maheshwari have successfully comprehended the colorful elections in the country after independence in the book “The Power of the Ballot” in slightly over 400 pages.

The author duo enjoys the laurels, which they received handsomely when, about 20 months ago, they attempted to see the characters in the Ramayana through a legal prism. The legal fraternity burst into laughter as various legal issues were tackled through the events in the epic Ramayana. The book was received well in the market.

The writers are back, this time with “The Power of the Ballot”. The book tackles elections, and the out-of-body experience that the quintessential Indian election can be. Historically, stories of the wild shenanigans have floated around through word of mouth, but the authors penned them down to point out the hilarity that ensues when viewed through a satirical lens.

The book recounts one incident of the peculiar practice of weighing candidates against the weight of coins during the 1980 Haryana elections. Virtually every candidate was weighed against coins to outwit the electorate. What followed was a disarray of goods, ranging from liquor to ladoos being used to weigh the candidates, all of which were distributed amongst the spectators to win their favor.

However, it’s not just elections that are tackled in this book. In 2020, the Covid-19 pandemic shook the world, and the way elections were conducted in India changed forever. The book explores how money, power, elections, and reforms can all be oh-so-colourful despite the grave consequence that each action carries, and how elections, as we know them, are changing.

The post “The Power of the Ballot”- A memoir that tracks the hilarity of Indian elections appeared first on Republic News Today.