Famous hairstylist Neeldavid has signed with the Dubai Franchise 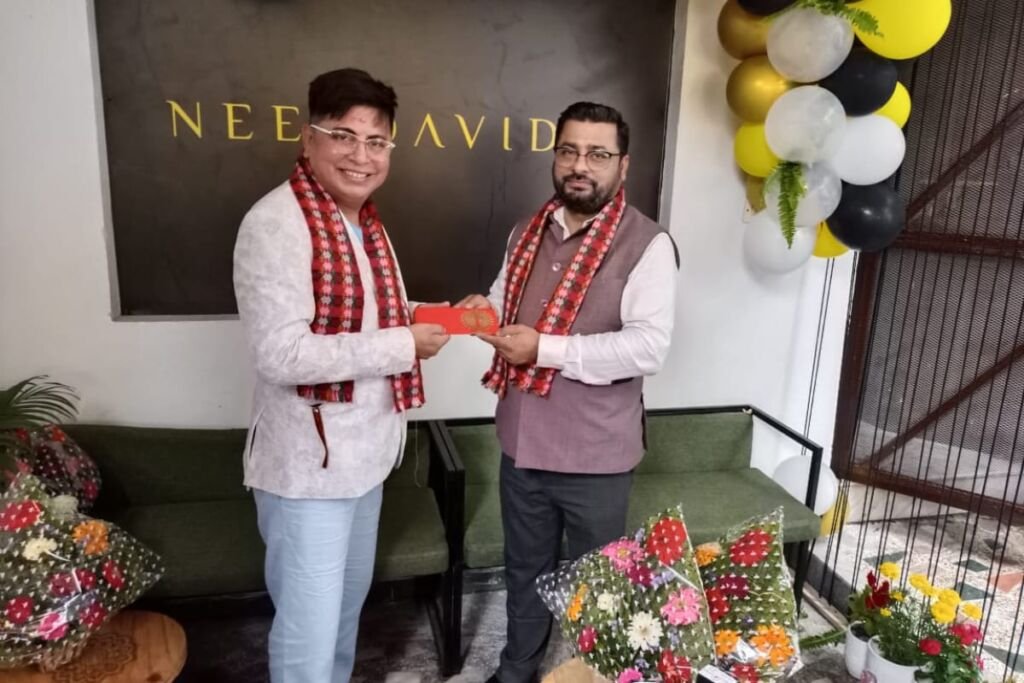 Dubai, June 10: Neeldavid Katwal is a famous hairstylist from Kathmandu, Nepal. Neeldavid, a resident of the small village of Jhapa Laxmipur, has changed the landscape of hairstyles in Nepal by keeping a record of five haircuts. Within 25 minutes of being blindfolded. Neeldavid Katwal was held in Nepal, where the journey from a small village boy to a successful hair stylist continues. Neel David celebrated his 16th anniversary when the salon opened on June 9, 2006, with 250 square feet on the occasion of the birthday of his British Godfather, David Vinall.

On this auspicious occasion, Mr. Siromani Sharma, a businessman from Kalimpong, West Bengal, India, was present.

On this auspicious occasion, Mr. Siromani Sharma, a businessman from Kalimpong, West Bengal, India, officially announced Neeldavids Salon Franchise in Dubai. Mr. Sirmonai Sharma signs a contract for Neeldavid Katwal… The next Neeldavids salon will soon open in Dubai, and the next project will begin in Australia in 2024 in Sydney.

Neeldavids Salon is the fastest growing salon chain in Nepal and India, having opened 15 locations in 35 days during May and June, including the first entries for Bihar – Purniea, Patna, and Darbhanga.

Neeldavids will soon be available in Lucknow and Jammu.

Whereas it all began with a 250-square-foot salon in Kathmandu, over 80 salons and academies are now operating successfully in Nepal and India.

Neeldavid Katwal wants to expand the franchise model of the academy so that he can build more strength in the education sector of hair, beauty, and makeup so that he can fly in the future. I’ll be in London for a creative cutting and colouring course in December.

I’ll be in London in December for a Creative Cut and Color course. Then Neeldavid is launching a 3000 to 3500 square Hitech academy in Siliguri and Kathmandu, where students can learn to European standards in Neeldavid’s international academy of hair, beauty, makeup and nail art.

Neeldavids Salon and Academy provides free hair and beauty training to 100 underprivileged students each year, 50 from Nepal and 50 from India.

A new Feat – another 100,000 graduates from Zion Christian Mission Center