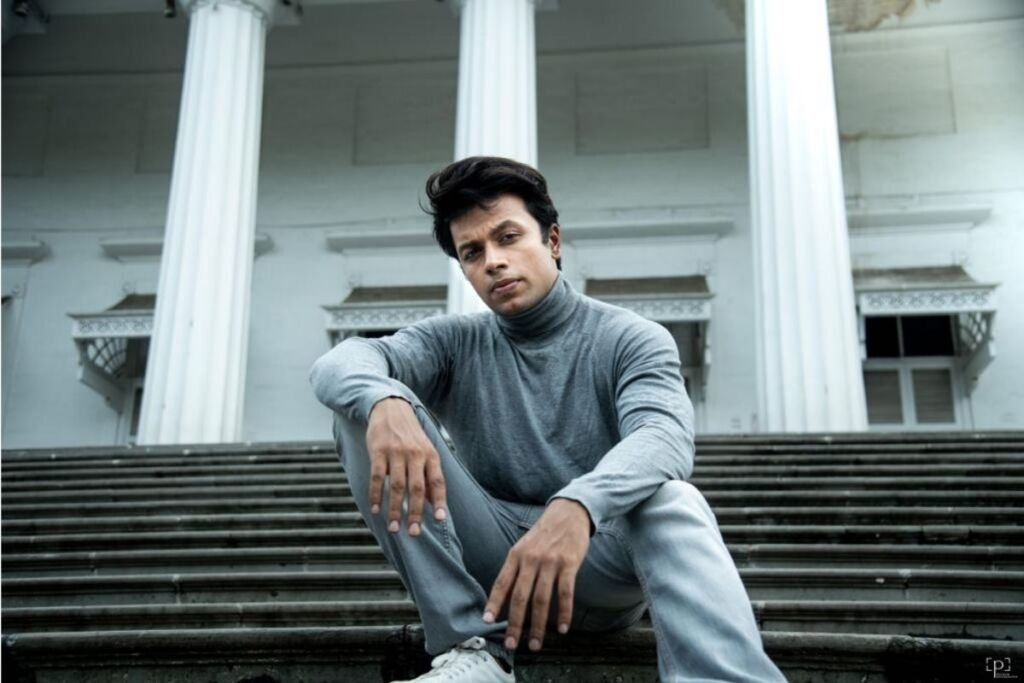 Born on May 26, 1994, in a nondescript Banda district in Uttar Pradesh, Abhiraj completed his schooling at a Hindi medium school in Banda. Since his school days, Abhiraj participated in school plays and singing competitions. His father is a government employee of the UP Government, and his mother is a homemaker.

After his schooling, Abhiraj got enrolled at the Babu Banarasi Das college in Lucknow to pursue his Bachelor’s degree in Civil Engineering. Even in college, Abhiraj actively participated in theatre and cultural events.

His family shifted to Lucknow when he was 16 years old. Abhiraj developed his interest in acting and following his dream during college days, but his family was against him.

As destiny had something else in the store, Abhiraj made up his mind to shift to Mumbai immediately after completing college to pursue his dream in acting and music. He joined an acting institute in Mumbai, and after finishing the classes, he would give auditions as an actor. He was not satisfied with the role offered for a Crime TV series and left the audition. His initial remuneration for a crowd role in a Netflix series was Rs 1,000.

“I gave scores of auditions but was not successful in getting a role as an actor,” says Abhiraj. “My childhood dream to meet and work with Bollywood stars kept me going despite tasting many failures in the field. I find myself lucky to have made my way in the B-town from scratch and without any backing.”

Facing several failures in Mumbai, Abhiraj decided to migrate back to his hometown in Banda in Uttar Pradesh. He started working on a business idea to earn money there. In his free time, he used to write songs and upload music videos on social media platforms. Soon, the viewers liked his original content, and he became a sensation.

“Living in Mumbai and paying for the house rent and other expenses from the money borrowed from parents was not good. It was like investing in a business without knowledge,” said Abhiraj, a certified RJ from All India Radio, who pursued his acting course from Kishor Namit Kishore acting institute and worked as a composer and lyricist.

Abhiraj believes the number of hits and followers on social media is not a cup of measurement for the industry people to know the talent of an artist.

After releasing his two music videos on Times Music and Zee Music Company, he shot to fame. His first song was recorded in a Bollywood studio where most Bollywood songs got their spaces.

“Time has changed, and people are watching content everywhere. If somebody wants to work in a creative field, there are many options. I want to entertain people with my work; I don’t care about the platform,” says Abhiraj, who considers Rajkumar Rao, Ranveer Singh, and Ratan Tata his role models.

Abhiraj is a pet lover and owns two dogs named Lobo and Lemon. He recently gifted his younger brother a bike worth Rs 4.5 lakh in his last year in college. He is the only artist from Banda who has carved a niche in B-town.

Abhiraj Gupta says,” I feel blessed that people like a small-town boy; it is very motivating!”