IG Drones – Taking to the skies in Disaster Management 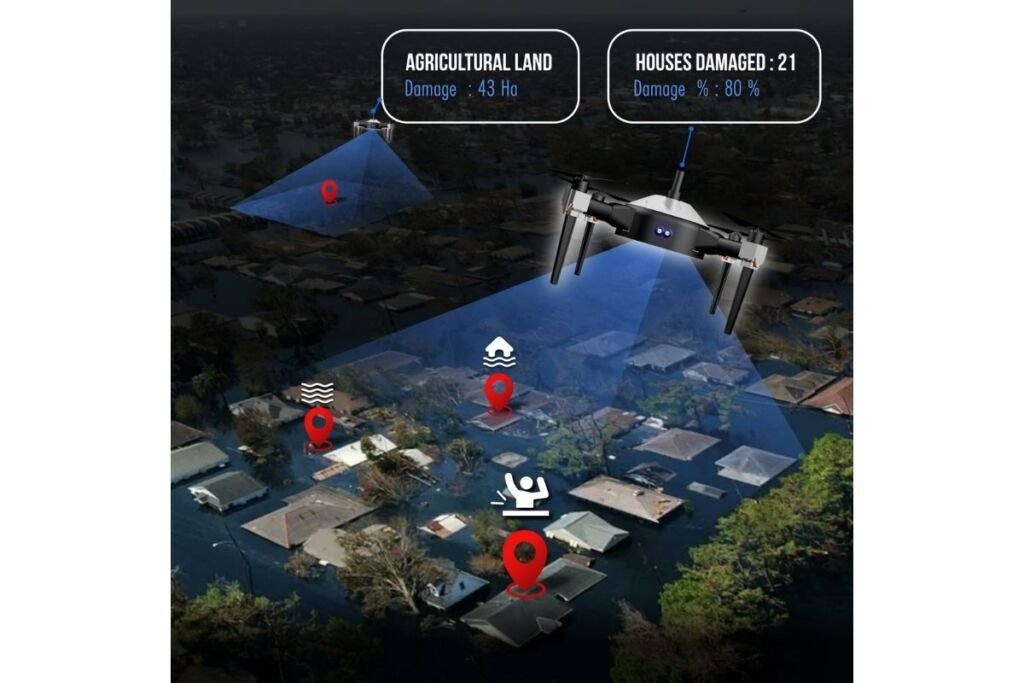 In light of high cost of operations of aircraft, a number of search and rescue organisations have begun to test the use of drone technology to aid both land and water-based rescues, likewise of which was carried out by IG Drones during Chamoli Disaster & Jajpur Floods by the help of the Thermal Imaging Camera Payload fitted on drones.

Furthermore, the recent development of a SaaS global platform designed by IG Drones for unmanned aviation has proven to be a boon for the disaster management society. The SaaS platform also performs a critical function: it aids in the interpolation of micro-level high-resolution drone data with low-resolution satellite imagery data. SaaS Platform for the analysed Drone data has helped various stakeholders in the pre & post-disaster ecosystem ranging from Disaster Management Authorities till Humanitarian Organizations, Growers and banking institutions to help bring all relevant players together in an integrated framework. It has crowned them as the India’s best Drone Consultant. They’ve developed a risk and damage assessment survey protocol in close assistance with top brass of various stakeholders, as communicated by officials from IG Drones.

In the SOP developed by IG Drones, the UAVs/Drones collect raw data & also enable live-streaming of valuable information related to the extent of damage of the public & private infrastructures to various stakeholders & key decision makers in real-time to help make fast-decisions regarding risk mitigation in distant and inaccessible terrains.

Om Prakash, Founder, IG Drones stated that, in 2018, the company shifted its focus to providing a complete end-to-end solution to its clients in order to provide useful insights into the massive amounts of data pouring from Drone. When IG Drones deployed drones for Disaster Management, they discovered that most enterprise customers struggled to interpret the massive amount of data that was generated. As a result, the idea of a SaaS platform was formed to simplify the complete solution.

With AI Neural Engine in background, statistical damage & financial loss assessment report is generated with accurate figures & markings to help the financial institutions & government bodies to take appropriate decisions. Together it constitutes the Post-Disaster Needs Assessment (PDNA) to harmonize the assessment, analysis and prioritization of damages, losses and needs by a range of stakeholders (United Nations agencies and programmes, the World Bank, donors, non-governmental organizations) in support of the national government.

Insurance businesses already employ 17% of all commercial drones, and in the next years, more drones will take to the skies. According to PwC, the addressable market for drone-powered solutions is $6.8 billion.

Registering a claim for many of today’s farmers who oversee thousands of acres of farmland or for people whose properties have been severely damaged needs a time-consuming review by their insurer, after a major catastrophe/disaster such as Flood or Cyclone. At that time, the insurer benefits from the geographical data from the Drone Mapping and the analysed relevant data from the SaaS platform. Stakeholders can use the data from the platform for crop insurance and lawsuit claims. Using drones for this purpose can boost the efficiency of the insurer workforce by 40 to 50 percent. Insurance companies that use drones receive the information they need 10 times faster than those relying on traditional methods.