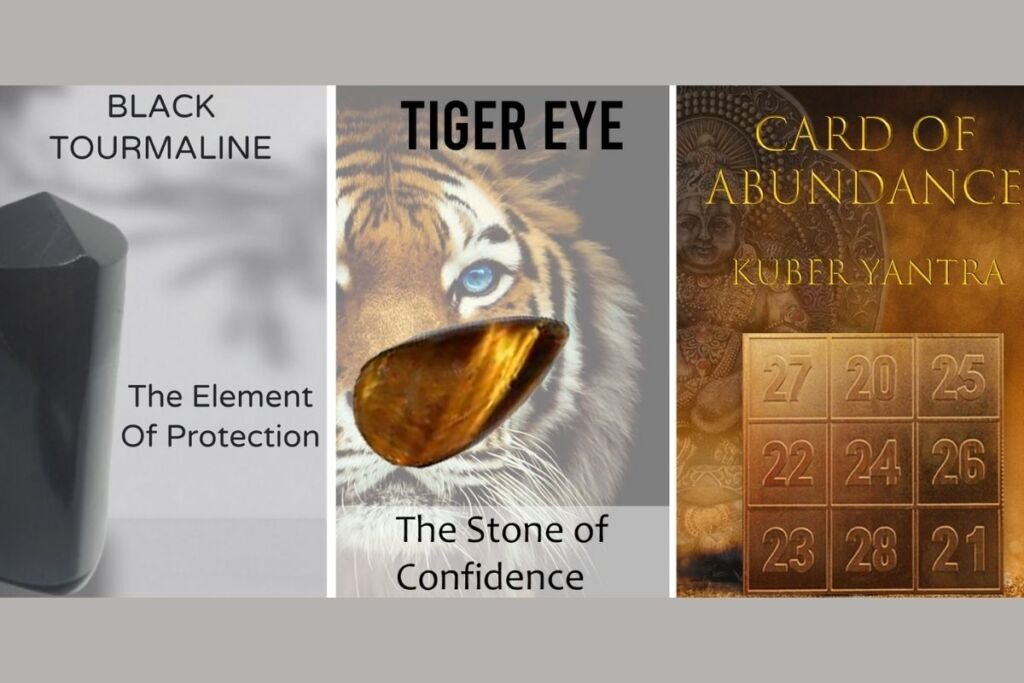 Mumbai, January 29: In today’s modern world of a hectic lifestyle, many people are seen facing problems with health, wealth, dealing with negativity, etc.

Not that our early generations were not having similar problems in those days. But somehow, they were aware of something, some knowledge, which they inherited from their ancestors and by using same they managed their ways out. Taking a close look, we will realise that they certainly possessed, some ancient and natural solutions to deal with these difficulties.

But, as we evolve, society has turned down those solutions claiming it to be a “myth”. Science has overpowered us and we disowned some good traditions under the pretext of superstitions. But many people who followed certain traditions are still seen benefiting from them.

The most obvious of them are celebrities, whom you may see wearing or carrying some or other mystical figures. You may also wonder as to why they possess such talismans. And you treat it as their fashion symbol. But not all accessories are worn for fashion. Some of them are strange yantras. And they are worn with some purpose. It may be to bring stability or to attract wealth or to ward off an evil eye.

As it is said that “every lock has some key”, similarly “every problem has some solution”. You just need to be open to accept it and be ready to find a cure to your unique problem.

You may be feeling as if wealth and prosperity are eluding you despite your best efforts or you may be facing negative energy blocks, but there is a cure for everything. Things are in right place, but you just need to find them.

Take, for example, Kubera Yantra. A numerical wonder explored by our ancient forefathers and even attracted scientist across the world to work on various Magic Squares around it. Also known as Kubera Kolam and in many places, it is drawn using rice flour. It is a symbolic representation of God Kubera who is considered to be a God of Wealth and Riches. It is believed that if one worships the Kuberakolam as ordained in the scriptures, he/she will be rewarded with wealth and prosperity. For many generations, this yantra is drawn with a belief that it opens new avenues of income, increases the ability to gather funds, and works on growth in business and career advancement. https://stufflane.com/products/the-card-of-abundance

Similarly, in the case of dealing with negative energy blocks, the Black Tourmaline is considered a powerful natural energy stone that helps remove negative energies. The crystal helps create a shield around a person or room and prevents the entry of negative or unwelcome energies. It is also helpful in balancing the body chakras and is considered perfect for people with busy lives as it helps them relax and sleep better.https://stufflane.com/products/natural-black-tourmaline

Many people feel a lack of confidence while facing people at interviews or in public forums. More particularly they feel their aura is getting disturbed by some external forces. They feel scared. They get nervous and eat up their words while speaking. They lose connection in between the communication and slip their tongue. It all happens due to some fear unknown to them. But ancient people were having solutions to this problem as well. They used to carry some stones with them while going out for any important work or meeting any important person. Not all information about these pebbles is available now. But one stone called Tiger Eye is getting a lot of attention from people. It is called the Stone of Confidence, which, as the name suggests, enhances confidence. This stone comes both in raw form as well as natural polished form. It is believed to help users to get rid of fear and allow them to remain calm even under tremendous pressure. The stone has been used by Egyptians and Romans since ancient times.https://stufflane.com/products/tiger-eye-natural-polished-the-stone-of-confidence

Yet another recent addition to the market is the Fragrance Of Temple, which contains Gangajal, Ashtagandha (mixture of eight fragrant ayurvedic herbs), and a secret fragrance, and is a natural way for creating a blissful and divine atmosphere at home or office. While gangajal is known to have the power to ward off evils, Ashtagandha is an important part of pooja and has a soothing effect.https://stufflane.com/products/fragrance-of-temple

stufflane.com came across various such rare collections which are seen leading to positive changes in the lives of thousands of users. It’s their endeavour to explore as many ancient secrets as they can so as to share same with the user to benefit their multi-fold growth.

You can explore more information, by visiting the website https://www.stufflane.com/