RT News 24
Home Latest News The Outbreak | Quarantine has made my OCD much, much, much worse 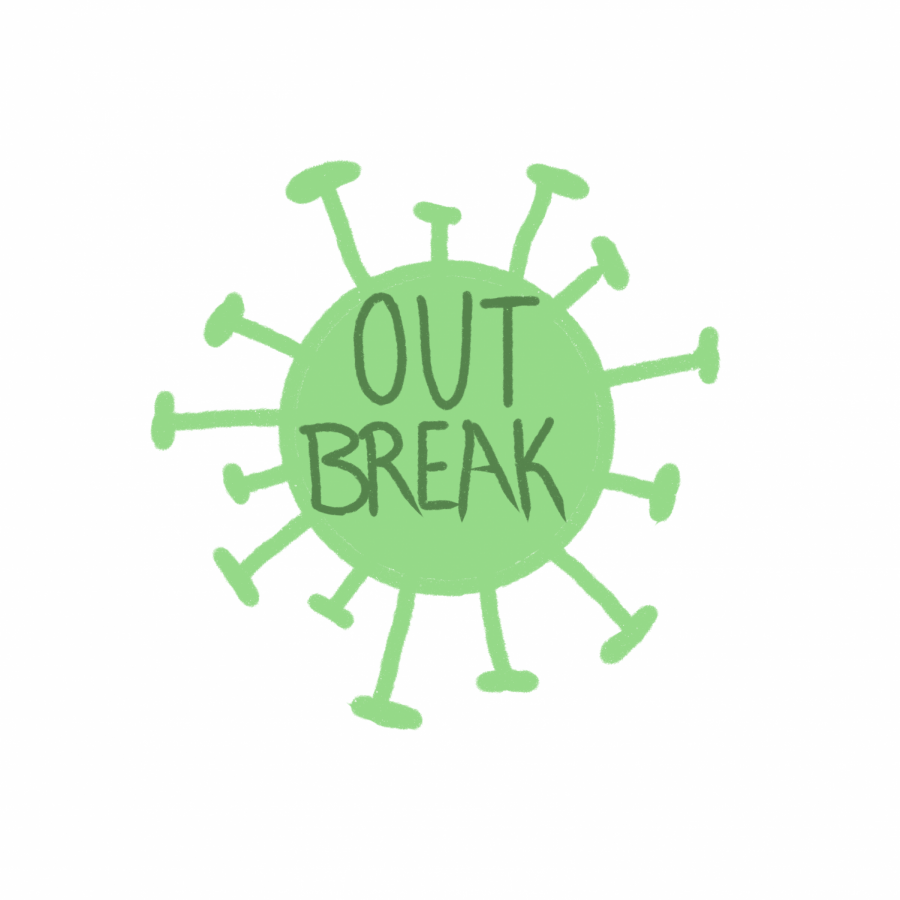 The Outbreak is a new blog that describes the different ways in which the coronavirus pandemic affects our lives.

Until the last few weeks my OCD was like a leak in the roof – boring, but something I could live with.

My temptations – arriving everywhere early at the triple doors, turning off the gas burners three times before bedtime – weighed on me, but did not hinder my work. At least not quite like that. I could always attend classes (even though I hid in the cathedral doors for a long time), practice both professions, write and find time to talk to my friends.

After the impact of the coronavirus, my OCD looked more like the torrential rain that flooded my house. All I can do now is stomp on the water and take it out.

My OCD is about the idea of security. It developed after my rape – what was clear beforehand was that flare-ups had mutated from hypersensitivity to repeated and safe behavior at home, even many years later. I often feel the need to do things three times. But for the first time in my life, my brain doesn’t see the rapist as the greatest potential threat to my safety. Instead, it’s a coronavirus that promises to hurt me and my family.

That’s the problem – an irrational argument so strongly advocated by cognitive therapists (What could be done if the door closed a third time? How would it protect you from your rapist instead of locking him up once?) solves when confronted with the coronavirus. Because it would be safer to go to the 10th, 20th and 50th. To wash your hands. Feeling at home in front of a sink is unreasonable in any world except this one. The universe tacitly gives me permission to complete my understanding.

A few hours after Pitt cancelled his personal training, the slightest movement of his hand hurt him. That night I was lying in my bed, still holding her in front of me and looking at her with split and bloody ankles, washed to the bone of fear. They trembled so easily, involuntarily, to protest their treatment. I woke up from a strange half-fall of agony after I had ridden on my belly and brushed my hand on thin leaves – a light touch was like a fire licking my wrists.

The next morning the stock news collapsed. I tried to keep my phone stable while I read it, a new suggestion came to mind. In tears I asked my mother to buy as much cat food as possible, because I was sure that in a few hours there would be no more cat food in America, and then we would have to watch the cats starve and do nothing but watch them be helpless. My mother tried to assure me that this wouldn’t happen – that people wouldn’t store cat food, that veterinarians would keep an open mind, that she would never let anything happen to our pets – but rationality was mostly useless if my OCD was combined with media panic. A few hours later she came home, loaded with huge bags of meow mix that took months to hang me up and give me a break in my brain.

That weekend, my dad turned 51. For almost a month he waited for our dinner in his favorite pizzeria. The restaurants in Robinson Village aren’t closed yet – it was almost out of the question. Social detachment is not yet included in the general vocabulary. The biggest change my father expected was an empty box between the families, a common courtesy that was probably an overreaction, but better safe than sorry. In the days leading up to the 15th. In March I was haunted by the question of whether I should leave. I filled the empty soap bottles with hand cleaner and hid them in my car, under my bed and behind my shelf. I almost pulled my hair out of one of those heavy cloths in the shower, sat on my hands so I wouldn’t touch my face and called my grandmother three times a day to make sure she was safe.

I told my dad in tears that I couldn’t go to the restaurant. One thought makes me sick. Together we agreed to order food at the pizzeria. I put one of my disinfectants in the car where I was paralyzed with fear, while my father started paying and looking for food. I don’t even know how many times I promised not to touch his face until I saw him rubbing disinfectant on his hands and forearms. We ate a pizza in the dark in Grandma’s dining room, her fat was dipped in cardboard, her wings were cold and sticky. We didn’t sing Happy Birthday! Instead, the only melody was that of the grandmother, who had to repeat the same thing over and over again because of Alzheimer’s disease: Well, they’re potholes.

Non-essential companies were quickly closed down. This step is relatively reassuring – as reassuring as a person with OCD in this pandemic can be. I always wash my hands, always disinfect, always cry when my mother goes to the supermarket, always convinced that my grandmother will die, but because the government is taking steps to prevent the spread, I am less likely to end up in a loop. Although I feel compelled to do things more often than the average person – and by compulsion I mean compulsively, to the point where it’s simply impossible to ignore thoughts – I haven’t stood at the bathroom sink for hours since the first day Pitt met.

I’m learning to exist in this world – in fact, to walk on water. One of the cornerstones of OCD is identifying the wrong person in the world, the wrong person who sometimes only you can see and who can correct certain rituals or repeated actions. The confirmation of this misunderstanding is a moment of extreme cognitive dissonance. It took me so long to learn that my practice is irrational. Now my provisions are finally considered correct, but I have to adjust the level of implementation.

I’m in bed tonight with my hands on my face. They’re more rude than ever. If someone had shown me a picture of those dry, heartless palm trees a month ago, I would never have known they were mine. But if I look closely, I can see they’re stable. It doesn’t wobble. Sometimes those little victories are all I can measure in terms of growth.

Mint Lite | Top 10 news and views around the world