The Production Headquarters announces its slate at Cannes Film Festival 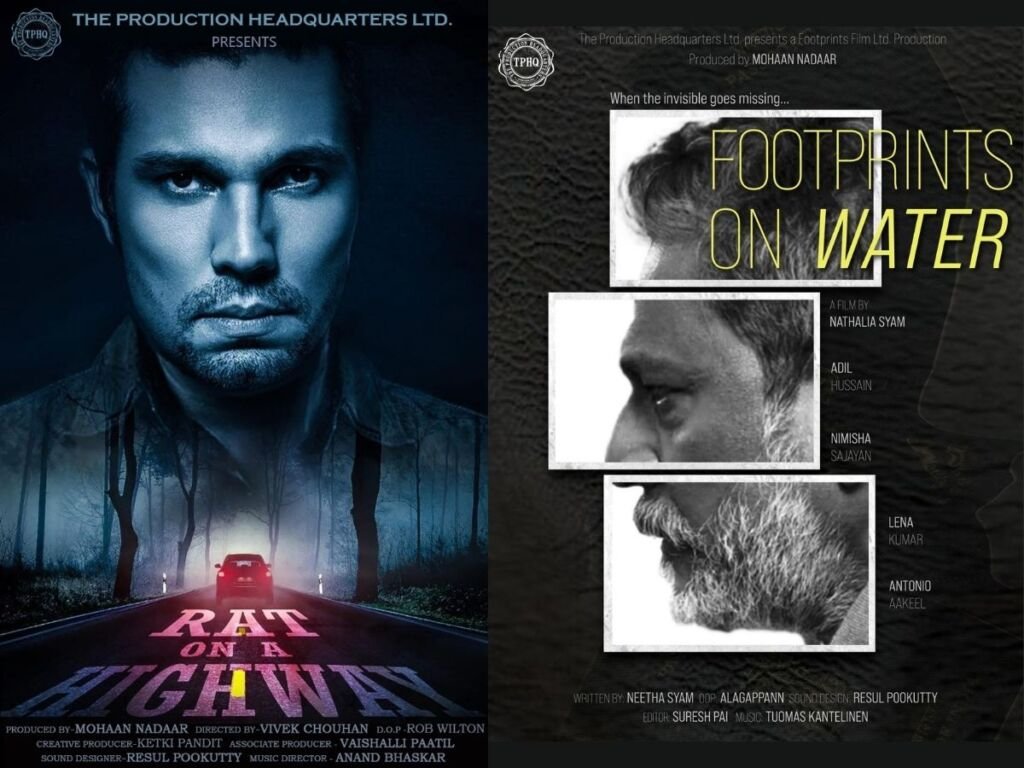 New Delhi (India), May 24: UK-based film company, The Production Headquarters Ltd., unveiled the first look of its 115-minute drama, Footprints On Water, at the India Pavilion during the on-going Cannes International Film Festival. Featuring Adil Hussain, Nimisha Sajayan, Lena Kumar and British actor Antonio Akeel, the shooting of the film is complete and it is into post production. Produced by Mohaan Nadaar, with sound design by Oscar winner Resul Pookutty, Footprints on Water marks the directorial debut of Nathalia Syam.

The gritty, realistic drama charts the travails of Raghu, an illegal immigrant in the UK, after his daughter goes missing.

The Production Headquarters Ltd. has several interesting international projects at various stages of production. The three which are complete include Footprints On Water, 36 Gunn and Rat On The Highway.

The Sumit Kakkad directed 36 Gunn, with Suntosh Juvekar and Purva Pawar in the lead, is a Marathi film woven around the traditional belief that if the 36 gunn or attributes are matched, it makes for the perfect match. Rat On the Highway, headlined by Randeep Hooda, is a 115-minute drama that revolves around an advertising professional in an amnesic daze, trying to piece together the last 48 hours in his life after a smash-up on the highway. Helmed by Vivek Chouhan, the film was shot in Scotland.

Talking about his varied slate, Mohaan Nadaar of The Production Headquarters Ltd. says, “The idea is to bring struggles to the screen in a way that it imitates life. In some cases, the issues raised may be intensely personal and local, but the treatment, the locations, the production values and the marketing will help place them on the global map. Production Headquarters works with the idea that no matter which country it showcases, cinema is international.”

Ketki Pandit, Partner, The Production Headquarters Ltd. adds, The idea is to go global with stories rooted in India. Apart from these three films, we are already working on building a slate with a few more films that are already in pre-production stage.”

Anek by Anubhav Sinha trending at number 1 on Netflix; netizens hail the courageous storytelling by filmmaker