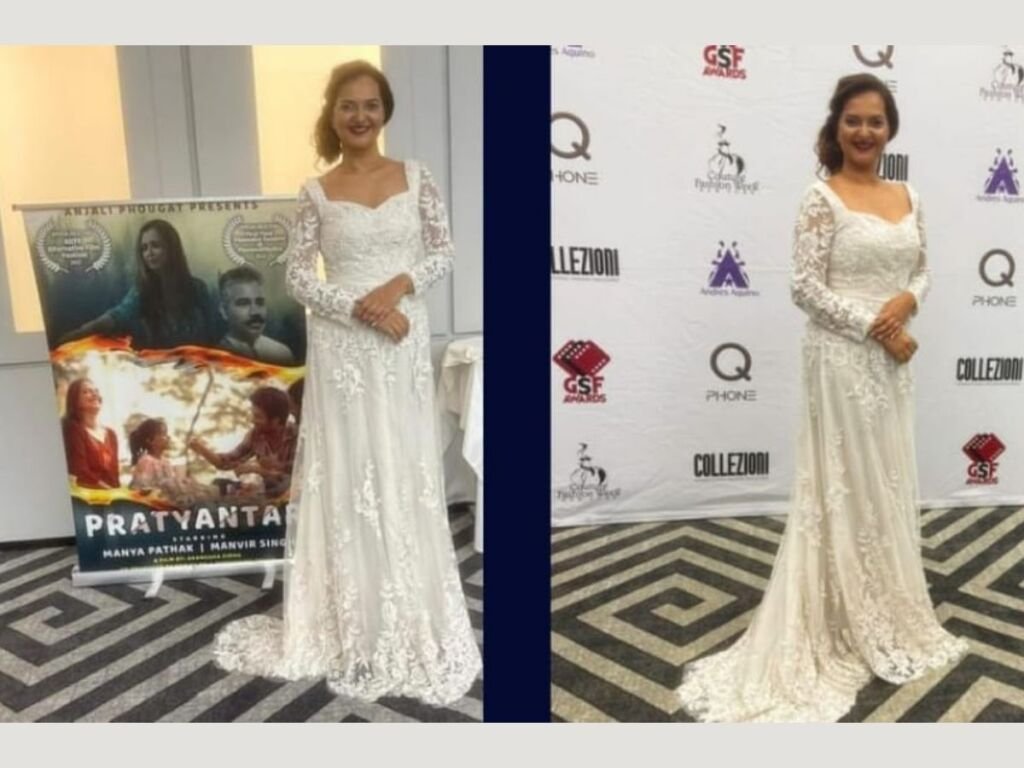 Mumbai (Maharashtra) [India], May 21: The 75th Festival de Cannes kicked started on 17th May in its full Glory and Glamour with World Famous Actors and Actresses walking the famous Red Carpet and Announcing and promoting their films, and with Hollywood and Bollywood fraternity in attendance. This year India is “Country of Honour” at Marche du Cinema. An impressive Indian Contingent led by I&B Minister Anurag Thakur joined the Festival, and India also celebrates 75 years of Independence this year. During the Cannes festival, a Star-Studded Gala event at JW Marriott Cannes was Organised to honour and Announce Global short films from all Across the world. Manya Pathak launched and Unveiled the Poster of her New Movie Pratyantar, in the presence of World Media from Germany, France, Asia, and the Middle East at the Cannes Global Short Film Awards Gala and Luxury Fashion Show 2022. Manya Pathak is an Indian TV Actress who rose to fame with Zee TV Dilli Datlings. Manya has done many Music Albums for Tseries, Zee Music, Showbox TV, etc. She was last seen in Dvand on MX Player.

Her Movie Pratyantar is Produced by Anjali Phougat, Co-Produced by Eon Films and Outworking Troop. Pratyantar is directed by Akansha Sinha. Anjali Phougat is an Indian Designer Based in Columbus, Ohio and the Founder of the luxury Designer Dream Collection Brand. Her style is classic and timeless and focuses on the rich cultural tradition and Indian Heritage. Her Movie Pratyantar is in Hindi Language and revolves around the concept of “is your Soul free?” It depicts life’s challenges after death and the agony and pain the soul faces after death. Pratyantar has already won 2 Official international selections in Global film festivals and is expected to release soon in India. This is a special film as most of the team members are females. Manya says, “this is such a big moment for me to represent my country and cinema on one of the biggest world stages. I am so happy to see our representation here at Cannes, and I cannot be more proud than this. I’m living my dream. This is a Cinderella moment for me. I miss my team, producer, and designer Anjali Phougat who has worked so hard to get this together.