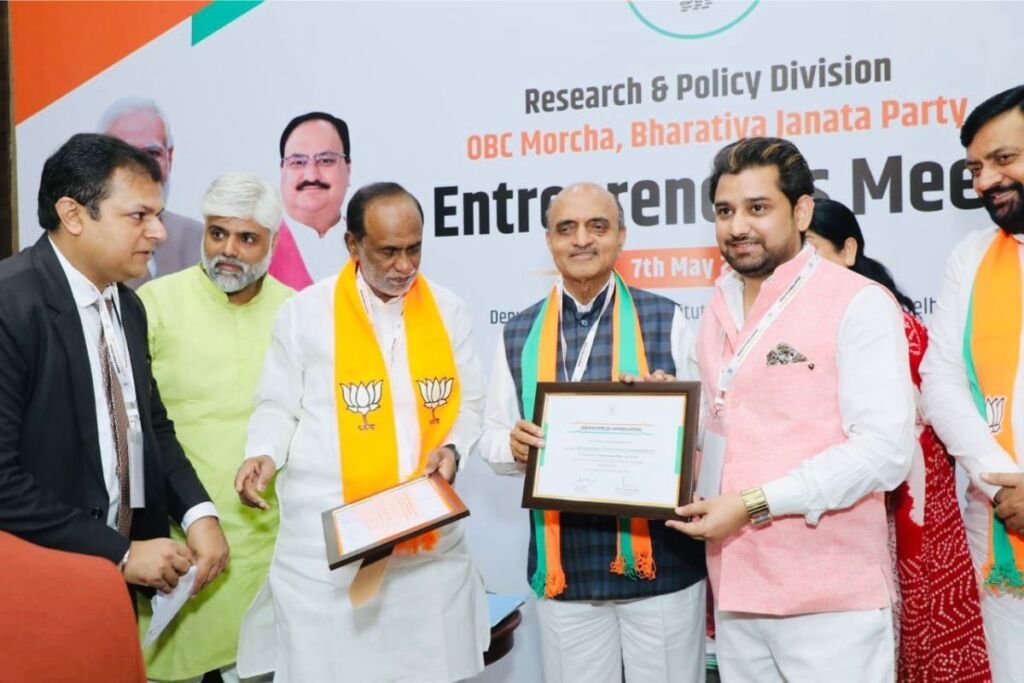 New Delhi (India), May 12: An important initiative was taken by the Bharatiya Janata Party OBC Morcha Research and Policy Division for the emerging businessmen of the country!  Under the 75th Festival of Independence, young entrepreneurs gathered and discussed the issues of development! The program coordinator is Vinay Chaudhary, director of young BJP leader Taurus Group.  Through this program, the suggestions and needs of the emerging traders of the country were discussed in the country.  Prime Minister Narendra Modi’s government is busy promoting startups in the country.

There was a fruitful discussion on how the youth of the backward society can take advantage of the schemes of the Modi government!  Entrepreneurs from 21 more states participated in the program!  While addressing the program coordinator Vinay Chaudhary said that the Modi government is making every effort for the young businessmen, setting new dimensions of development!  Shri Chowdhary said that through this program, we have organized this program for the development of backward class entrepreneurs by understanding the suggestions and problems of OBC entrepreneurs.  So that industries can develop along with their development, then they can provide economic and social strength of India!

Ciceroni hosts their first pop-up in Mumbai, A curation that brings forth 20+ emerging homegrown designers from across India