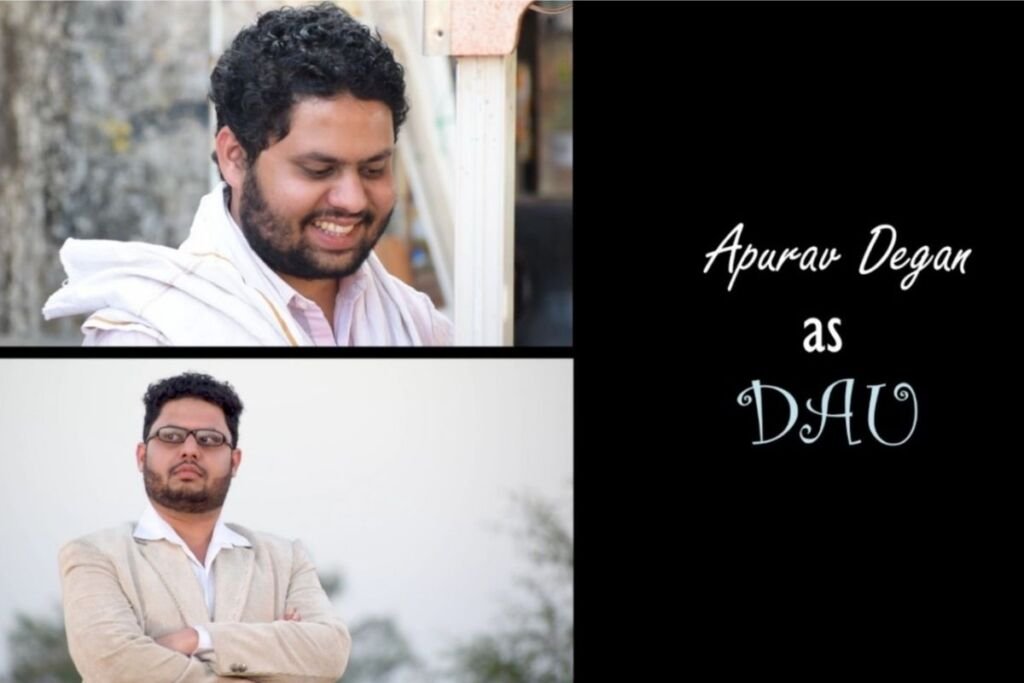 March 30: Raipur-based short film award-winning actor, Apurav Degan has been empowering audiences across the country with his exemplary acting skills for quite a while now. From working in film genres such as comedy, thriller to social issues, he is a versatile actor loved by the audiences.

“I believe that a good artist is someone that does not simply act in front of his audience, but gives life to a character in a real sense”, shares the rising short-film actor, Apurav Degan.

Apurav Degan’s character “Dau” from the film, “Dream A Lesson” was liked by the audiences a lot. Apart from Dau, his character in the film, “Swami Muralitharan” has also received a lot of applause from all the viewers.

The “Best Actor Award” winner, Apurav Degan, was fond of acting since his schooltime days. He extensively participated in the drama during the annual fest of his school. He has completed his education in the field that he is most passionate about, acting and cinematography. He has done a 3-year course in cinema production and acting from the AAFT University of Media and Arts, Raipur.

During the upsurge of the coronavirus pandemic, colleges were shut down and online classes were on the rise. It was during this time that Apurav join Hands with some of his classmates and his Elder Sister Dr.Akansha working in the medical college, from Form Sai Aasra Films Entertainment channel on YouTube. They all came together and finally launched their Sai Aasra Films Entertainment YouTube Channel.

Apurav Degan and his friends made a lot of short films based on comedy, thriller, and social issues. They also made some devotional songs dedicated to Shri Sai Baba and posted them on this YouTube channel. As their YouTube channel’s popularity gained momentum, many of these short films gained applause and were widely used in online festivals.

Born in a reputed Punjabi Brahmin family in the Chhattisgarh state, Apurav Degan’s passions and interests were considered far from normal in his family. While his grandfather, Late Dr. JK Degan was a well-known homeopath physician in the state. His mother, father, and elder sister are also dedicated specialists in the medical field.

Apurav Degan’s father, Dr. Rajesh Degan is an acclaimed and well-versed ear, nose, throat, and other diseases specialist doctor in the state of Chhattisgarh. His mother, Dr. Sangeeta Degan is a specialist doctor for anesthesia. Both his parents are also senior officers at a high post in the Government of Chhattisgarh. His elder sister, Dr. Akansha is also working in the medical college.

Everyone in Apurav’s family aspired him to become a doctor. Although Apurav passed the SSC exam in BioScience, his passion and love for acting convinced him that acting was what he wanted to do over everything else. So, even though his family wanted him to enrol in a medical college, his heart and mind resided in the acting world. Today, his immense passion for acting and his hard work in the field has helped him bag many awards and also make a name for himself in the industry.

Overall development of your Kids at Peek-a-boo

Does your Child Know Studies can be fun?