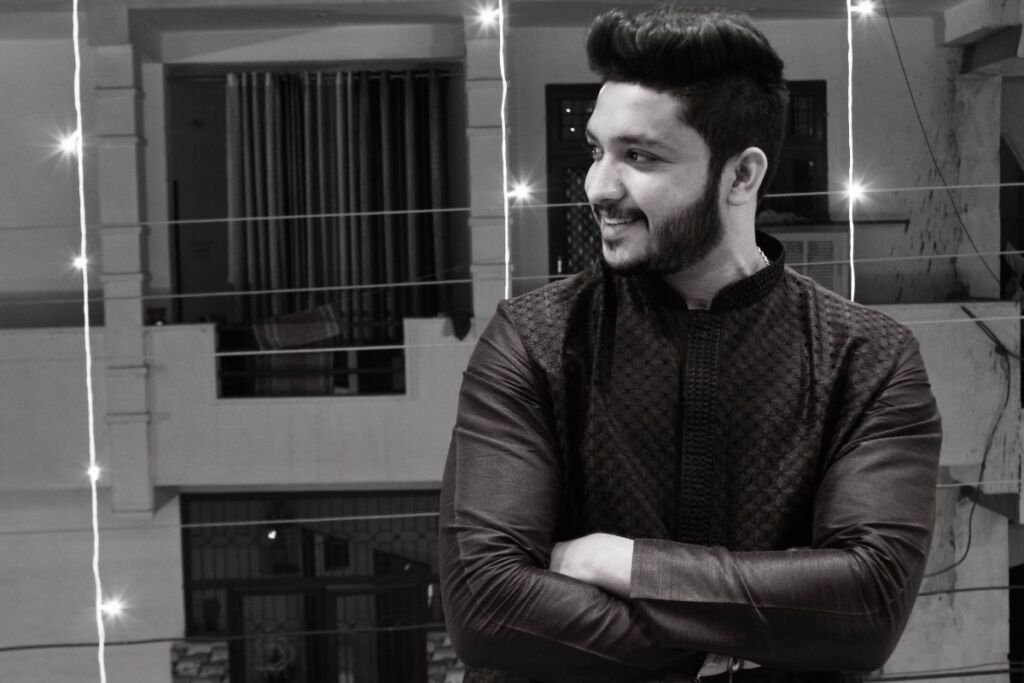 About his early career, he told that I started my career in 2017 with acting classes in Jaipur based production company Tarang Media, after 6 months acting course here I hone my skills by doing 3 months theater activity at Ravindra Manch. After this, i immediately joined Pink Eyes modeling agency with the aim of starting modeling. Along with this, I learned the nuances of post and pre production and direction along with managing different shows. My motive behind choosing this field was to become a role model for many people through my own hard work and struggle. Along with this, in the initial days, I started a YouTube channel Tapu Vs Papu, on which I used to upload videos of my acting Vines, from which I was also getting to learn something new digitally knowledge and my acting skills were also improving. Talking about Yash’s mentors, he told that my first mentor in this field was Arjad Naaz, who got my entry in the modeling industry through Pink Eyes. Other skills like camera facing, dubbing and acting were learned from Ritu Daman. Yash considers his support system and inspiration to his parents and Nawazuddin Siddiqui as a role model in the Bollywood industry. He said that there has been full support of family and friends at every turn of his career. There was a time when the family members wanted me to join a home business. Giving priority to his words, I joined the family business and while keeping my passion alive, I was also involved in other works related to the modeling industry, everyone has been very motivated and guided from time to time.

Talking about his hobbies, he said that I like to travel and do poetry, watching movies, making new friends, focusing on fitness. Along with this, my special quality is to do good acting, writing dialogues, photography, direction, event management.

Giving a message to the newcomers coming to this industry, he said that if you also want to do something in this field, then you have to always keep your mindset and thought process positive so that you can easily achieve what you want to achieve. Yash is a fitness freak personality and is soon going to start fitness blogging about fitness.