NBA legend Dwyane Wade posted a cryptic tweet recently, suggesting that he may know a guy who could eventually take charge of the Chicago Bulls front office. As expected, the Twitterverse immediately assumed that the three-time NBA champion was referring to himself.

In a later tweet, Wade clarified that he didn’t refer himself but rather someone else.

No No Not Me. I really know someone haha https://t.co/BTJnoaeOuG

So who is it? Only D-Wade knows for sure.

Nonetheless, you can’t blame the fans for making assumptions. Wade grew up in Chicago, so it’s not far-fetched to think that he might be interested in the Bulls job.

However, though Wade is proud of his roots, the future Hall of Famer built his star with the Miami Heat. He played nearly 15 seasons with the South Beach franchise and won three NBA championships there.

Wade did play a lone season with the Bulls after he surprisingly left the Heat due to financial disputes with team president Pat Riley. Nearly two years later, however, Wade and Miami got back together. Wade finished his career in Miami in 2018-19 after 16 seasons in the NBA.

It’s no secret at this point that the Bulls organization is looking to make changes in its front office, and they have already begun their search. Several names have popped up as possible candidates. Likewise, Chicago reportedly wanted to make the new hire before the NBA hiatus ends.

Bulls fans and even some players have expressed their disappointment with the direction the franchise is going into. During the All-Star weekend held in Chicago, fans broke out a “Fire Garpax” chant during a televised interview with Bulls star Zach LaVine.

Mr. Dwyane Wade might want to turn in his suggestion as soon as possible, as the Bulls seem to be wasting no time with their search. 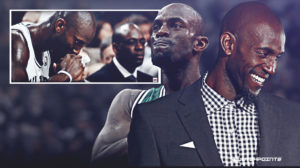 How To Start An Amazon FBA Business

Review: Reel and the Real; Portrait of Gay Men in Bollywood Films by Himadri...

How to Borrow Money Wisely! {What to Know BEFORE You Borrow}