The Jacksonville Jaguars passed the ball to Yannick Ngakou, who – long before the team gave him their low season franchise – indicated that he had absolutely no intention of signing a long-term contract with the franchise. While Ngakou insisted that the Jaguars either replace him or release him, Jacksonville head coach Doug Marron was questioned again earlier this week about the unresolved issue.

Marron, however, did his best to play the diplomat while expressing his displeasure at Ngakou’s angry, cooperative attitude during the off-season.

Yannick was great, Marron said Tuesday in a conference call on NBC Sports Professional Football Talk. He did everything I asked him to do as head coach and everything Todd Wash asked him to do as defense coordinator. When the economy gets involved, it’s difficult. As a coach, you always want your players to be happy. You want the best for your players. From that point of view, I understand the problems Jan has to deal with. If you look at our entire organization and how much we appreciate and love it, I think the organization and the rules of the league and the CBA, I think the players have rights and the teams have rights and what you do as a coach is hope that all this can be solved in a positive way for everyone.

Although it remains to be seen where the fruitful will be played next season, Jacksonville looks least like Ngakoue’s goal as it is now.

I only hope it can all be solved eventually or somehow, but on the other hand, I understand both sides, Mr. Marron continues. That’s the part I’ve always fought against, the endgame. It’s just hard, really, especially with a player who has done everything he’s been asked to do. I hope at some point we can resolve this situation.

The 6-10 Jaguars finished last season in the southern division of the AFC. 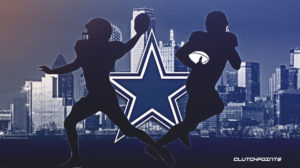